The Words and Verses Project is currently accepting pre-orders for the first album in the project, which we are calling Words and Verses: Foundation. This album is designed to be the first in what could be several albums, crafted on a variety of themes and topics, over time.

Pre-order participants will each receive the following:

Naturally, we will subscribe you for project updates if you pre-order through the form above. You don't need to fill out that form as well; we'll keep you in the loop as site updates become available and the project comes together!

Your pre-order will help to fund the production of Foundation, and for that you'll get a copy of the album when it's done. As described elsewhere on this site it's also quite possible that the first release won't just be a single version of a single album, but that there is the potential for multiple versions of the compositions: chiptune, instrumental, vocal, remixes, piano renditions, meditation arrangements... we don't know yet, but there sure are a lot of possibilities! And if you pre-order, you'll get the download code for each one. 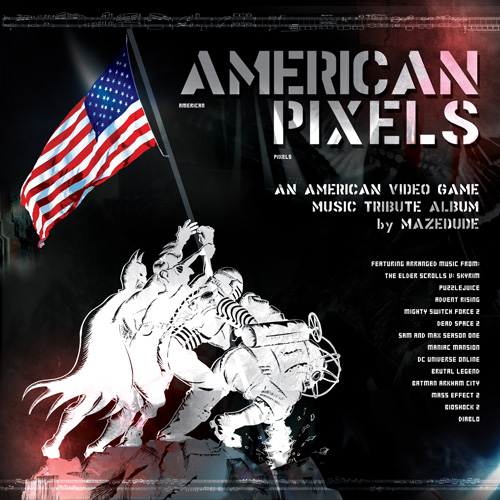 The last time our project director Mazedude went through the trouble to create a website for an album that eventually went to Kickstarter, it was for his epic remix project known as American Pixels. The album was designed to honor American video game music composers through arrangements of their works. The composers themselves were involved from the beginning by suggesting their own personal favorite compositions, and in most cases Mazedude was able to honor those requests. Additionally, the album featured nine guest soloists amidst 14 very robust offerings of Mazedude's go-to genre of electronic fusion.

The project was funded successfully, and even went on to receive a SAMMY Award (Syracuse Area Music) in Mazedude's home town, among other accolades. And while the album is now available across Apple Music, iTunes, Spotify, and beyond, we want to give you a Bandcamp download code as a way of saying thank you for helping in this new endeavor. That said, after your pre-order is placed and received, Mazedude himself will reach out to see if you already have the album or not, and if not, the code will soon follow! (We also figured this might be a good way to give you just a taste of the Mazedude style, in anticipation of what is being developed for Foundation.) 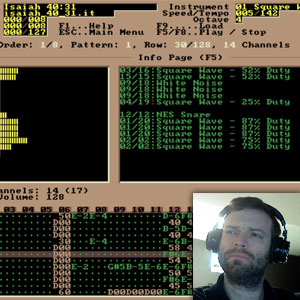 It's an idea, and for our project director it will be a new one, but the hope is to periodically showcase some of the composing process, live and in real-time. Watch and listen as the compositions come together, complete with commentary from the composer along the way.

Whether via Facebook live, YouTube, Twitch, or some combination thereof, we would very much like to involve the listeners along the way. Pre-order and you'll be added to the list of followers to be notified when a composing session is scheduled!