The core premise of Words and Verses is this: original instrumental music based on Bible verses. The task of the composer is to take a single Bible verse, and craft a musical composition that represents it.

To elaborate, the verses chosen for musical interpretation are thematic in nature. For example, it is not the intent of this project to showcase music that sounds like a film score. So if a verse was selected that described a storm, and a cinematic track was developed that sounded like a storm scene from a movie, that would be missing the mark. Rather, the music in the Words and Verses Project is geared towards representing core tenets and themes of the Holy Bible, such as love, forgiveness, grace, victory, faith, healing, prosperity, and much more.

Here are a just a few examples, from the upcoming album Words and Verses: Foundation.

“Now I saw heaven opened, and behold, a white horse. And He who sat on him was called Faithful and True, and in righteousness He judges and makes war.”
~ Revelation 19:11
Themes: Victory, Righteousness, Judgement

“But they that wait upon the Lord shall renew their strength; they shall mount up with wings as eagles; they shall run, and not be weary; and they shall walk, and not faint.”
~ Isaiah 40:31
Themes: Strength, Power, Patience

“But I say unto you, Love your enemies, bless them that curse you, do good to them that hate you, and pray for them which despitefully use you, and persecute you;”
~ Matthew 5:44
Theme: Love 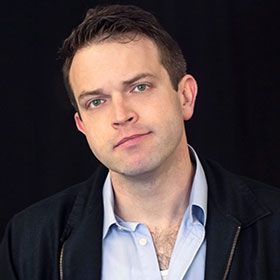 It was 2015. Christopher "Mazedude" Getman, composer and project director, was in the middle of his American Pixels album project. (That album alone took five years to complete, starting in 2012 and launching in January of 2017.) Christopher was sitting in Sunday service at his home church of Abundant Life Christian Center, and Pastor John Carter was preaching a message on the topic of finishing what you start. Naturally, Christopher's mind went to music, thinking about American Pixels and how what was already a long project needed some revitalization so that it could be completed. But then his mind went somewhere else. It occurred to him that he had been making music for years and years, had contributed to several albums, and had made a name for himself in the worlds of video game music and remixing/arrangement. But... had he ever made music for God?

Immediately an idea was received, clearly, powerfully. Take the Bible, and turn it into music. Take a verse, and compose what it represents. Use your God-given talents for the honor and glory of the Word... but not in the conventional way. The conventional way would be to write a song. But, there are already countless praise and worship songs based on Bible verses, so simply making more in that theme would not accomplish anything new. Besides, Christopher's gift isn't for writing songs, with lyrics, but rather for blending genres, creating fusion, and composing "idea" music. And what better ideas and concepts are there to write music for that the Word of God? Can you go any higher than that?

Still, one thing at a time. American Pixels had to be finished. It went to Kickstarter, was successfully funded (and then some), and even went on to win a SAMMY (Syracuse Area Music) Award in Christopher's home town. Then, Mazedude was recruited to compose some original works for the MazeQuest series, which he was happy to do as it fulfilled another bucket list item for him, crafting full-length video game soundtracks. But in 2019, Christopher felt the pull to start the Words and Verses Project, and bit by bit the branding, and this website, came together. Work has begun on a few of the tracks as well, and as soon as fitting they will be made available on this website for preview. (Please subscribe to be kept up to date.) 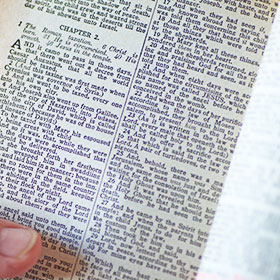 Having explained the concept, note this: there are hundreds, even thousands of applicable verses that can be selected for this purpose. At the genesis of this endeavor in early 2020, there is but one composer attached, and one album in the works... but should this concept speak to others, this project could turn into something that actually spans several albums. Countless compositions can be developed per this idea, across several genres, highlighting all manner of instruments, fusion, and more.

In October of 2020 the project went to Kickstarter, and unfortunately was not funded to the desired level. Still, the project moves forward, just on a smaller scale than originally hoped.

We are currently collecting support and funds for the Words and Verses project. As mentioned above, the Kickstarter push was unsuccessful, but you're still able to help contribute to the project in other ways, and every dollar will help us take the album to the next level. More funds equals more opportunity for live instruments, additional studio time, PR when the album is released, and much more.

Choose a form below to select your level of support and involvement, and thank you in advance!